The BIGGEST night in Music, the 56th Grammy Awards

Last night saw the biggest stars in music coming together in celebration of the year that was in the industry. Opening up the 56th Grammy awards, held in LA’s Staples Centre, was the First Family of Music, husband and wife duo Beyonce and Jay Z, with a performance that was hard to top. Smoking on stage, Bey belted out her new single, Drunk In Love, from her new, self-titled, surprise release, which features Jay Z. Other than guest appearing in his wife track, rapper, Jay Z was in line for a few statues last night for his Holy Grail album. 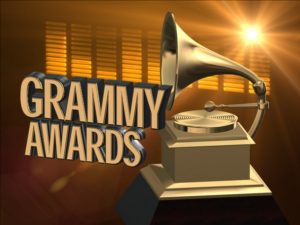 The Grammy’s also saw a legendary collaboration when “Material Girl”, Madonna shared the stage with rappers Macklemore and Ryan Lewis to belt out the equality anthem, Same Love. During the performance Queen Latifah officiated 34 weddings live; featuring a wide range of couples, from all walks of life. Macklemore & Ryan Lewis were nominated for seven Grammys, including Best New Artist.

Other legendary performances at this year’s Grammys included Pharrell Williams, Nile Rodgers and Daft Punk, who were joined by a very special guest: Stevie Wonder. The 63-year-old musician joined the group on stage to give a memorable performance of Daft Punk’s hit “Get Lucky.” Where else but on the Grammy stage? The Beatles were reunited on the Grammy’s stage when Ringo Starr joined Paul McCartney to play drums during his song “Queenie Eye.” South African musical outfit, Lady Smith Black Mambazo also won their fourth Grammy last night for best World Music album, shared with Gypsy Kings.

From new comer New Zealand-born, Lorde’s Song of the Year victory to Macklemore & Ryan Lewis’ Best New Artist notch up, take a look at the complete list of 2014 Grammy Awards winners below.

–       Country duo/group performance: “From This Valley,” The Civil Wars.

The Most Modern Functions Of A Commercial Bank